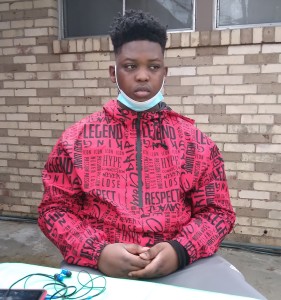 Charlotte-Mecklenburg Police say missing 19-year-old Tavon Cole, who was last seen on May 4, has been located.

He was located unharmed and is being reunited with his family.

CHARLOTTE, N.C — The Charlotte-Mecklenburg Police Department is asking for the public’s help locating a 19-year-old who was last seen in south Charlotte.

Cole suffers from a cognitive impairment and may not be able to properly care for himself, according to a news release.

He was last seen wearing a red and black jacket with black shorts and flip-flops. Police say Cole has been described as 5’11” tall, weighing 260 pounds, with black hair and brown eyes.

Anyone with information on Cole’s whereabouts is asked to call 9-1-1 immediately.