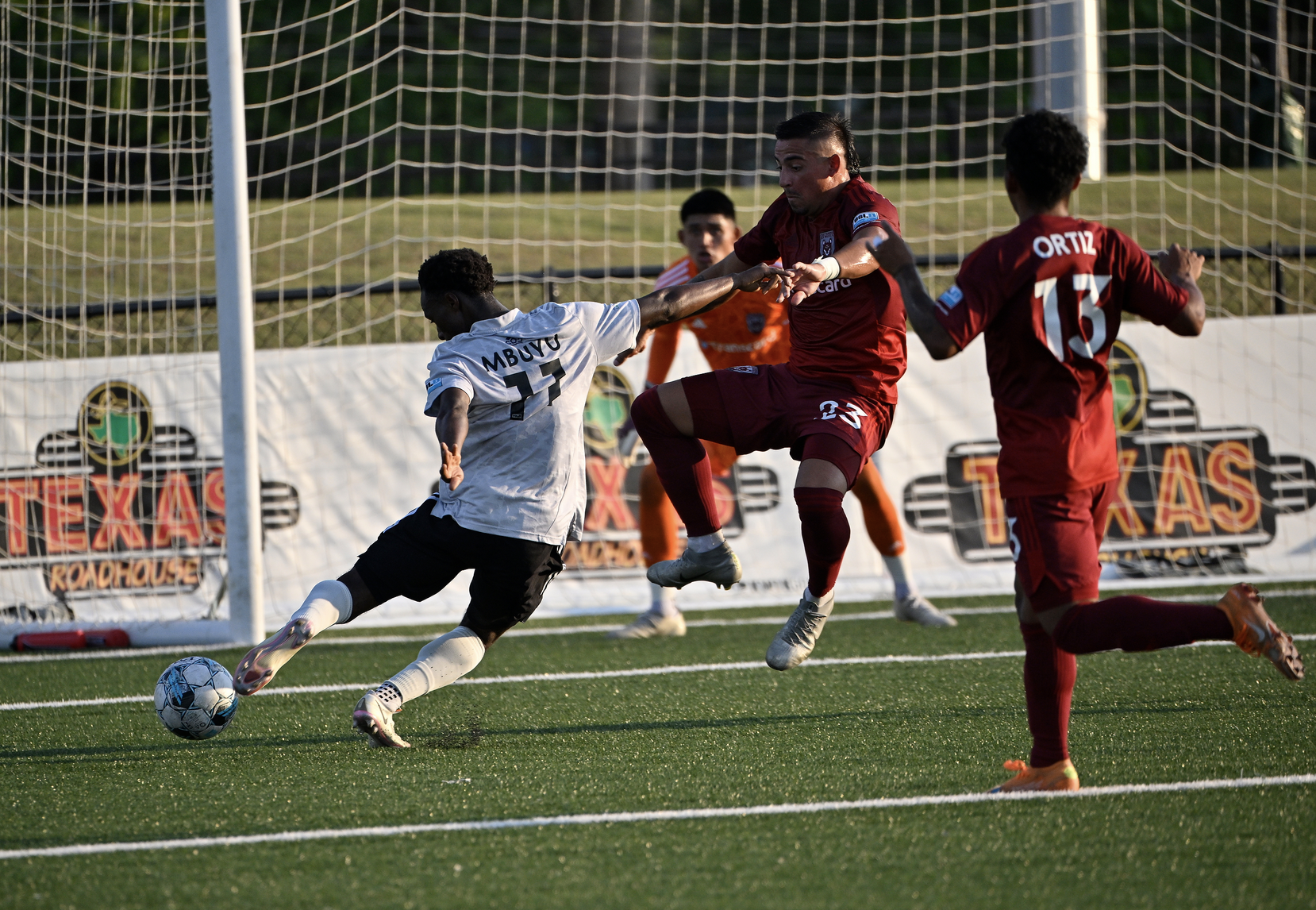 CHATTANOOGA, TN – The Charlotte Independence finished off their five-game road trip in Chattanooga, T.N. falling to the Red Wolves 1-7 at CHI Memorial Stadium.

Defender #3 Hector Acosta scored his first goal of the season.

“We conceded a lot of soft goals and obviously we ended up down 3-1 at half and chased the game. They ended up scoring just on counters but we just weren’t tuned in,” Charlotte Independence head coach Mike Jeffries said. “The scoreline is obviously incredibly disappointing but I think what’s very frustrating is we managed to score first, we managed to start the game well at a pretty good level.”

Charlotte started on the attack early with shots inside Chattanooga’s box from both #11 Tresor Mbuyu and #24 Grayson Barber. The Jacks continued to press finding success down the left flank with #16 Tomas Maya getting involved in the final third. The Jacks earned their first corner kick of the game in the 20th minute which led the team to earn their first goal in the month of June.

It was #90 Khori Bennett who forced the save from the Red Wolves goalkeeper and the Jacks took advantage. #3 Hector Acosta buried the header into the back of the net for his first USL League One goal. He was assisted off the service by #7 Miguel Ibarra.

“I really feel very happy for my first goal of the season,” stated Acosta. “It is an incredible feeling to score a goal outside your country, and I owe all that to the hard work every day. This weekend we have an important game at home. We’ll try to turn the page quickly and focus on the upcoming competition.”

The Red Wolves struck back quickly with three goals in 15 minutes, two coming from #19 Juan Galindrez. One came from the penalty spot after #6 Omar Ciss was called for a handball in the box.

The penalty kick was the final goal of the first half: Charlotte Independence 1 – Chattanooga Red Wolves SC 3.

Jeffries brought in multiple players off the bench in the second half with hopes of sparking some action up top including #56 Gabriel Obertan who made his USL League One debut and #18 Illia Shevtsov, the Ukrainian striker who continues to get in good minutes for the club.

“Glad to have [Obertan] on the field, glad to have him a part of the group,” Jeffries said. “You can see the class in some of the plays that he made. Obviously, it takes time to get to full match fitness, but it was a good starting point for sure and I think he’ll make a big difference in our group.”

“There is nothing better than returning home after a long stretch on the road,” defender #17 Clay Dimick said. “We can’t wait to see our fans Sunday and win at home.”

NEXT ON THE SCHEDULE: The Charlotte Independence return home to take on Forward Madison FC on Sunday, June 26 at 6:00 PM for Men’s Health Night presented by Novant Health. Click here for tickets.

What The Tech: Smishing Attacks

8PM: Walker "They Started It"