Mother: No Possible Way My Son could have Killed his Brother 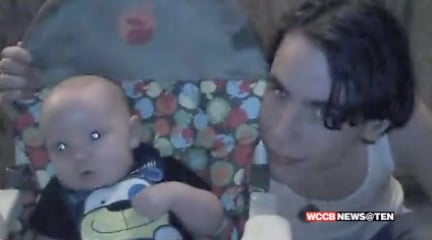 ROCK HILL, SC — The mother of the teen arrested in the Rock Hill trailer fire that killed a 14-month-baby boy says there’s no way he was capable of setting the fire.

“They took us in one room and, unbeknownst to us, took him in another,” said Julie Morgan.

After interrogating the 17-year-old, investigators charged him with arson and murder. Warrants say he started the fire in the trailer Friday morning, and that fire killed his half baby brother.

“He’s not capable of what they say he did,” said Julie Morgan. “They kept that child in there for five hours interrogating him and confusing him.”

“Matt has ADHD and Dyslexia. He can barely write his own name,” said Hill. “So, you can’t tell me he wrote out this long statement planning stuff in his own hand.”

Investigators won’t reveal what Matt said he did to spark the flames. Neighbors say the trailer was engulfed in minutes, and they say Matt was trying to get help for his baby brother.

But neighbors say the trailer was engulfed in minutes Friday morning… and Matt was trying to get help for his baby brother.
“I was the first one to see him in those critical moments,” said one neighbor, Steven Blackwelder. “He was hysterical. He was crying.”
“There’s just no possible way my son could have killed his brother,” said Julie Morgan.
The family is now struggling to fund their baby’s funeral as well as replace their home and everything lost in the fire.  If you want to help, click here.