CHARLOTTE, NC – There is a bright idea on the affordable housing front as the living situation for thousands of people in Charlotte becomes darker.

A new project in aims to create more than 130 affordable housing units for people out of work, out of a home and looking for some stability by purchasing a hotel and renovating it.

To passersby, the hotels in the Interstate 85, Sugar Creek area may simply look like a 1970’s motels in need of some care.

But to Greg Jackson of Heal Charlotte, they are hope and opportunity.

“We want to be able to provide someplace that can actually help,” said Jackson.

Jackson is the founder and director of Heal Charlotte, a charitable nonprofit. He and some community partners are targeting several hotels in the area that they plan to purchase and renovate.

“Use it for true affordable housing for families in need. Those low-income families.  Make a spot for social entrepreneurs to have think tanks and be creative. Have a cafe and then also have a safe play area for the children,” explained Jackson.

They’re launching a campaign to raise $10 million dollars through public and private funds.

Jackson says the opportunities are endless.

It’s a bright spot, during a rather dark time for many.

“We’ve already been in a deep hole for a while,” said Ely Portillo, The assistant director of the UNC Charlotte Urban Institute.

He says massive layoffs due to the pandemic, federal unemployment benefits running out, and the lift on the eviction moratorium could be a disaster for thousands.

By the most recent count, Portillo says the city is short about 27,000 affordable housing units.

“The need for affordable housing is not slowing down. If anything, the need is accelerating,” said Portillo.

The challenges are on both ends. There is also a struggle to get affordable housing projects off the ground.

On the verge of crisis, there is an urgency to see projects like the one Jackson envisions come to fruition.

“It’s important for us to make sure we’re giving opportunities for our people,” said Jackson.

Jackson says they are looking at multiple hotels in that corridor to purchase. He and his partners will present their plan to city council in the coming weeks. 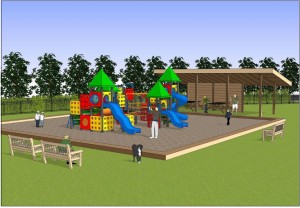 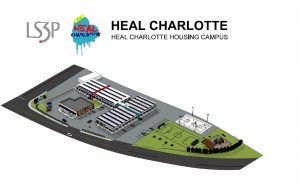 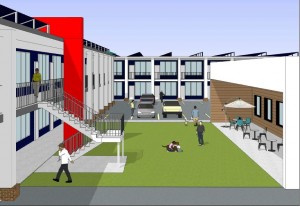 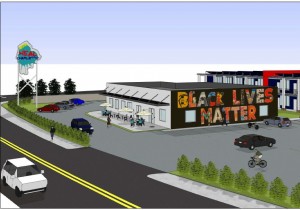