Deputies Investigate A Shooting After The Theft Of A Truck, 1 Man Wanted

LINCOLNTON, N.C. — Lincoln County Sheriff’s deputies say they are searching for a man involved in a shooting that occurred after a fight broke out between two groups of people at Halfway Supply on N.C. Highway 18.

One man was shot with a shotgun and the suspect fled from the scene on October 16th around 2:15 p.m., according to a news release.

Detectives say the incident began the day before when a woman, who had reported her red Ford pickup truck as stolen, asked a friend to look for her car and flatten the tires if they found it.

The woman’s friend, and several others, were driving on Highway 18 when they saw the truck at the Halfway Supply, and attempted to flatten the tires, according to a news release.

Investigators say the driver of the truck emerged and took off with a group of people, but both vehicles soon returned to the parking lot of Halfway Supply.

Everyone left their cars and a shot was fired hitting the driver of the truck, Jimmy Drew Peeler, who says he identified his uncle Terry Lee Peeler as the shooter, according to a news release.

Deputies say the two vehicles fled the scene heading down N.C. Highway 10 into Cleveland County, when they wrecked into one another and both drivers ran from their vehicles.

Terry peeler was not found, and Detective Snellings is charging him with assault with a deadly weapon with intent to kill or seriously injure.

Deputies say Jimmy Drew Peeler, the shooting victim, was taken to Cleveland Regional Medical Center to be treated for his gunshot wound. 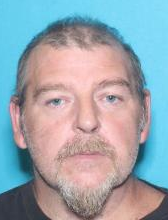 Police say a Crime Stoppers tip leads to an arrest you could get up to a $1,000 reward.

8PM: DC's Legends Of Tomorrow "This Is Gus"