CHARLOTTE, N.C. — Charlotte-Mecklenburg Schools’ Superintendent Earnest Winston has been diagnosed with Bell’s palsy, according to a statement released by CMS.  Winston says he went to the emergency room after he began showing symptoms during a leadership meeting.

“A lot of times when people come in thinking that they’ve had a stroke sometimes it’s just Bell’s Palsy,” said Dr. Michael Carroll, a rehabilitation physician in the University of Kansas Health system.

He says Bell’s Palsy impacts the facial nerves and can come on suddenly.

“When it gets inflamed or swollen, it stops working as well and causes some weakness on one side of our face,” said Carroll.

People can experience difficulty closing their eyes, smiling, and possibly a tingling sensation in their face.

“After a series of tests in the emergency room the diagnosis is Bell’s Palsy, which is paralysis of the facial nerve causing muscular weakness in one side of the face. This condition can be remedied with medication and diet. I certainly feel relief that available remedies will take care of this condition, but today’s experience is a great reminder for us all to take care of ourselves. Listen to your body and take action at the first sign something is off. If you have not done so recently, schedule your physical examination. That exam in some cases could reveal health issues not yet evident, and the extra time can mean all the difference!” 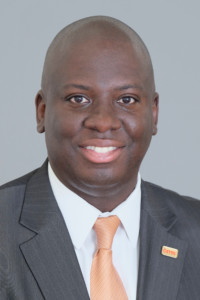 “It’s something that happens sometimes maybe after a cold or viral infection, but for the most part, the cause for Bell’s Palsy is unknown,” said Dr. Martez Prince, a pharmacist in Charlotte.

He says recovery time can vary from a few days to several months. But most will fully recover with a low grade steroid or anti inflammatory.

He says Bell’s palsy can sometimes be caused by a viral infection, respiratory infection, diabetes, or high stress.

“Maybe taking a step back from a more stressful traditional schedule or routine. Just trying to get yourself in a position where you can relax,” said Prince.

Winston did not say what may have caused the onset of Bell’s palsy. It’s unclear how long he’ll be away from work.

The Mayo Clinic says the symptoms of Bell’s palsy include sudden weakness in your facial muscles. In most cases, the weakness is temporary and significantly improves over weeks. The weakness makes half of your face appear to droop. Your smile is one-sided, and your eye on that side resists closing.

Bell’s palsy, also known as acute peripheral facial palsy of unknown cause, can occur at any age. The exact cause is unknown. It’s believed to be the result of swelling and inflammation of the nerve that controls the muscles on one side of your face. Or it might be a reaction that occurs after a viral infection.

For most people, Bell’s palsy is temporary. Symptoms usually start to improve within a few weeks, with complete recovery in about six months. A small number of people continue to have some Bell’s palsy symptoms for life. Rarely, Bell’s palsy can recur.

**According to the Mayo Clinic

Signs and symptoms of Bell’s palsy come on suddenly and may include:

In rare cases, Bell’s palsy can affect the nerves on both sides of your face.

**According to the Mayo Clinic

Although the exact reason Bell’s palsy occurs isn’t clear, it’s often related to having a viral infection. Viruses that have been linked to Bell’s palsy include viruses that cause:

The nerve that controls your facial muscles passes through a narrow corridor of bone on its way to your face. In Bell’s palsy, that nerve becomes inflamed and swollen — usually related to a viral infection. Besides facial muscles, the nerve affects tears, saliva, taste and a small bone in the middle of your ear.

Learn more about Bell’s palsy on the Mayo Clinic’s website by clicking HERE.