Detectives have charged a 33-year-old Gastonia man with multiple felonies for his involvement in two armed robberies and the attempted murder of three police officers.

Charles Cole, 33, is charged with seven counts of Robbery with a Dangerous Weapon, three counts of Attempted 1st Degree Murder, 1st Degree Kidnapping, two counts of Possession of a Firearm by a Felon, and Larceny of a Firearm, according to a news release. 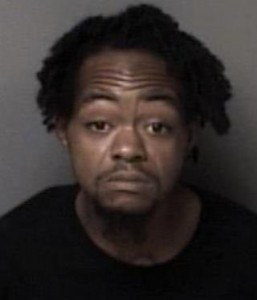 Police say Cole is being held on a $5 million dollar bond.

Detectives say they believe the following incidents they investigated were committed by Cole:

A suspect wanted in connection with two armed robberies and shooting at police in Gastonia has been arrested, according to authorities.

Detectives say took him into custody without incident around 8:15 p.m. Thursday night, after locating him at a home on N. Pryor Street.

GASTONIA, N.C. — Detectives are actively searching for an armed robbery suspect in Gastonia who fired shots at officers. According to Gastonia Police, they responded to the Waffle House on West Franklin Boulevard around 6:30 p.m. for a robbery call. Officers say a black male suspect robbed a person outside the business and then went inside and robbed the restaurant. The suspect left the scene in a black Dodge Ram pickup truck with a United States Marine Corps sticker displayed on the back of the truck.

The suspect and the truck were located shortly after in the area of W. Rankin Avenue near N. King Street. Authorities say the suspect fired at officers and Gastonia Police officers returned fired. After shots were fired, police say the suspect left the area in the truck.

No officers were struck by gunfire.

Police are asking that the public avoid the area of W. Rankin Avenue near N. King Street as they continue to investigate.

We will update this story as more details become available.

Black male suspect fled in black Dodge Ram truck w/ a USMC sticker on the back of truck.