Is Snowfall in Charlotte Becoming Rarer?

CLT recently went 1,134 days without an inch of snow in Charlotte from December 2018 to just last year — the fourth-longest such streak on record.

CHARLOTTE, N.C. — The first snowfall of winter. Whether you love it or hate it, it’s pretty much a given every year in the Queen City.

Despite only averaging a few inches per year, Charlotte has received at least a trace of the white stuff every single winter season since snowfall records began in 1893.

But is this century-plus-long streak poised to end soon? Let’s take a look at the data.

As you already know, the Charlotte area, like much of the country, is getting warmer. Half of the top 20 warmest years have come since 2007 — including the past seven straight. 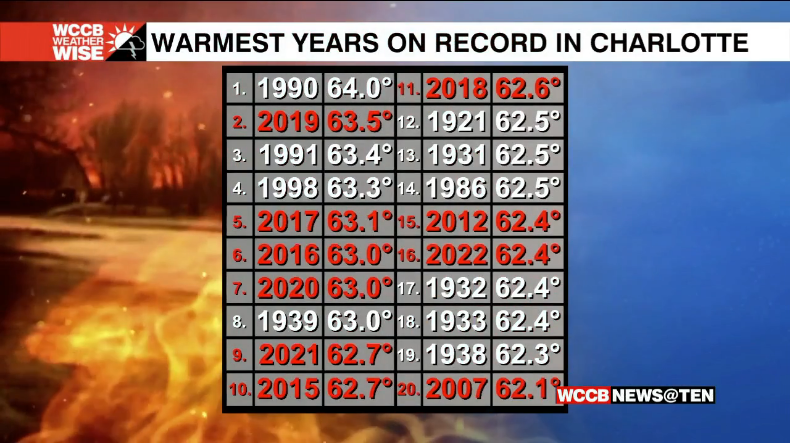 The mercury in Charlotte since the turn of the millennium is considerably higher, as well. The average temperature at Charlotte-Douglas from 2000-2022 is about a degree warmer than its pre-2000 counterpart. That may not seem significant, but with razor-thin margins for error along the rain/snow line in the Carolinas, it has major effects on our snowfall.

In those same two timeframes mentioned before, the average snowfall has fallen from 5.6″ per year down to just 4″. That’s a drop of over an inch-and-a-half — which is usually enough to close Char-Meck schools for the day by itself. 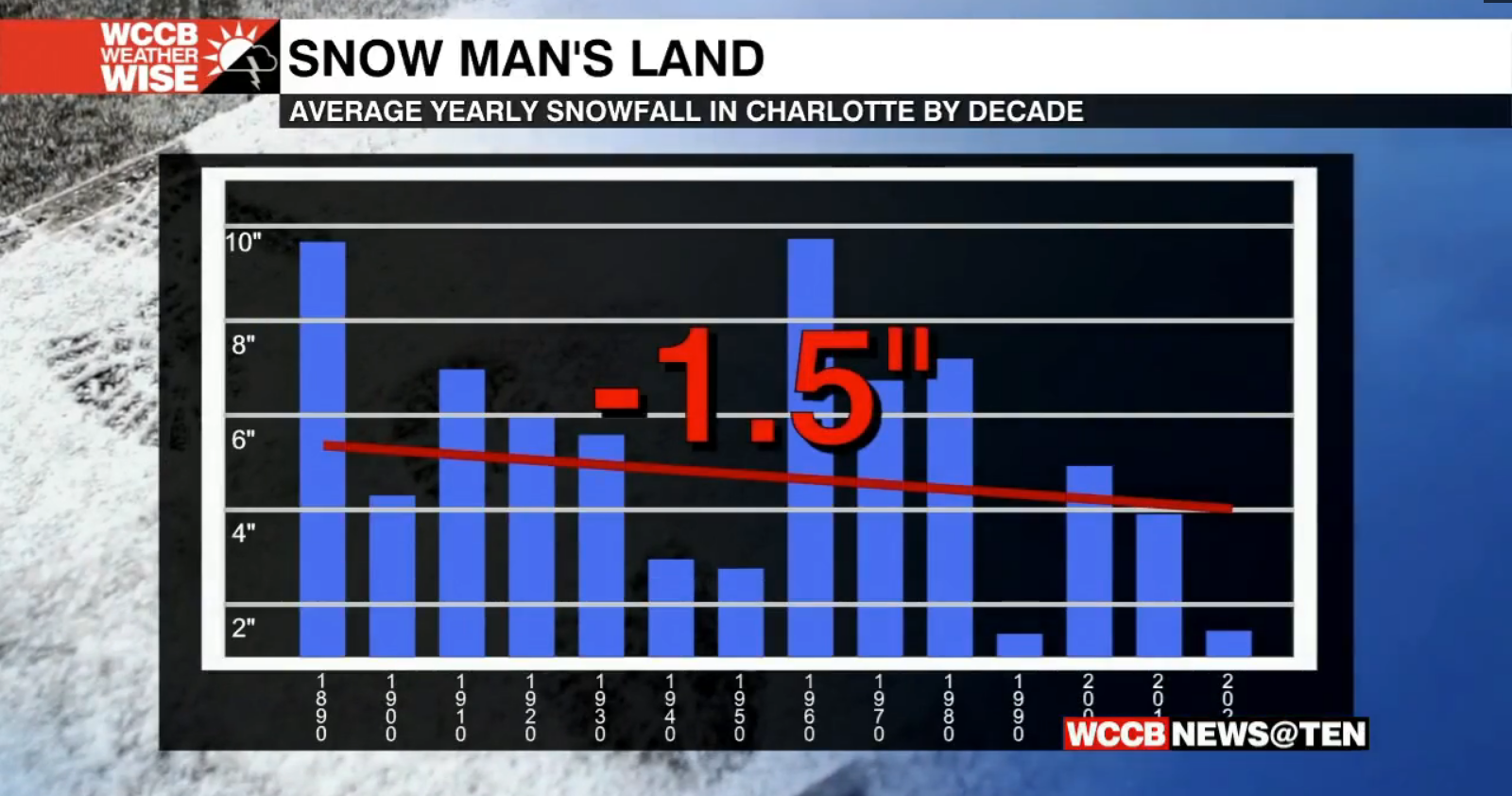 So, here’s the point. Snowfall – especially impactful snowfall – is becoming rarer in Charlotte. CLT recently went 1,134 days without an inch of snow in Charlotte from December 2018 to just last year — the fourth-longest such streak on record.

If this warming trend continues, our first snow-less winter could be coming sooner rather than later.