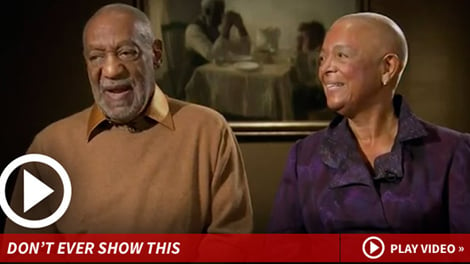 Bill Cosby tried to shame a reporter who dared to ask about the rape allegations swirling around the comedian … and then successfully strong-armed the news agency into burying the video — watching the AP reporter and his team fold like a cheap suit is shocking.

Cosby was incredulous when an AP reporter gently asked about the series of allegations. He seemed shocked someone had the balls to raise the issue.

Although Cosby was mum on the subject … he later tried to badger the reporter, telling him the AP had too much integrity to allow that portion of the interview to circulate. Cosby, with wife Camille by his side, then made a full-court press to 86 the interview.

HERE’S THE THING. It seems like the AP caved to Cosby and buried the interview, because the interview was shot November 6 and wasn’t released until Wednesday, Nov. 19th, after other outlets made the allegations a national story.

You gotta see it.