The Eta Aquariids are made up of leftover material from repeated passes by Halley's Comet. 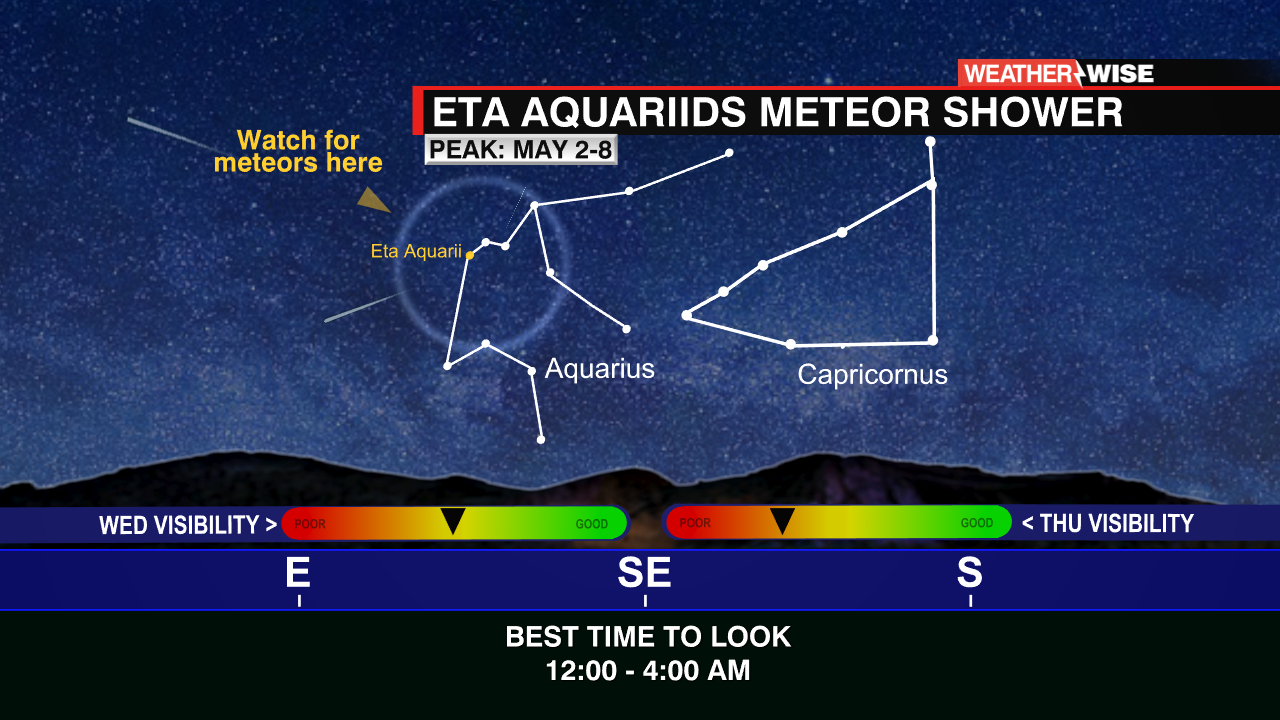 CHARLOTTE, N.C. — A piece of history visits us in the form of the Eta Aquariids meteor shower, which peaks tonight. The shower, which formed from leftover ice, dust, and rock from Halley’s Comet, typically runs from mid-April to late May. At its peak before dawn on May 6, an average of 45-75 meteors per hour streak across the night sky. In the sky tonight, the radiant point, or area of origin, will be located over the Eta Aquarii star in the Aquarius constellation, found near the southeastern horizon.

Unfortunately, Mother Nature may not want to cooperate with stargazers during peak viewing times Wednesday night into Thursday morning. Right now, the WCCB forecast shows partly-to-mostly cloudy skies with temperatures in the 40s and 50s. That said, a few breaks in the clouds overnight may allow for some decent visibility at times. if you’re waiting until Thursday night to view the shower, you may have even worse luck; clouds will cover up much of the night to go along with a slight chance for rain. Despite being past peak, Friday and the weekend may be the best period to watch, as mostly clear conditions take hold of the Carolinas in this timeframe.

Juneteenth Celebrations Kick Off In The Carolinas