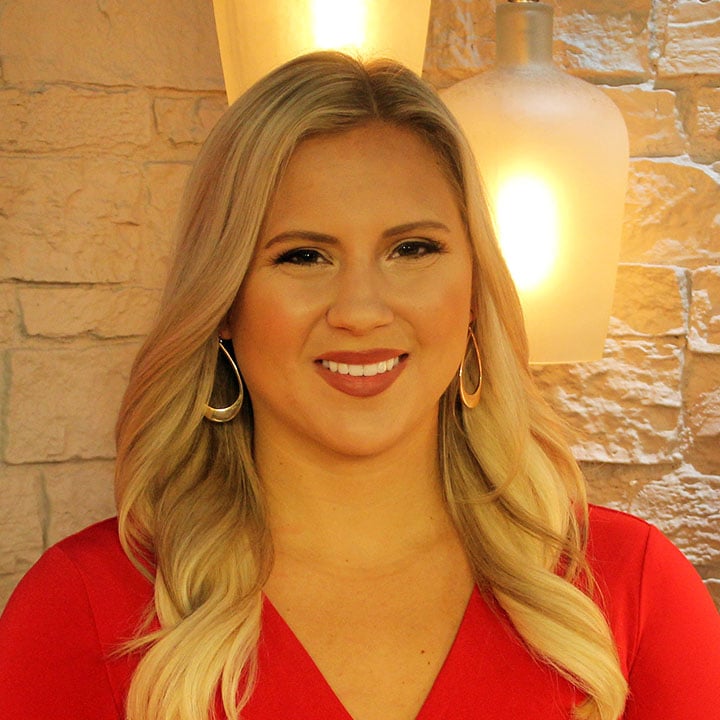 Hannah Oliveto joined WCCB Charlotte as a Sports Reporter/Anchor in July of 2018.

Before coming to Charlotte, Hannah was a weekend sports anchor in Huntsville, Alabama. She helped launch her station’s first sports department and covered Alabama, Auburn, and several other FCS and DII athletic programs. She reported from tournaments, playoffs, and two National Championships. Hannah also covered the Tennessee Titans and local high school teams.

Previously, Hannah worked in North Central Wisconsin as a sports anchor/reporter covering everything from the Green Bay Packers to the World Championship Snowmobile Derby.

Growing up in the Tampa Bay area established her passion for sports. She attended the University of Florida, and during her last year in Gainesville, she started her career as a freelance sports reporter at a local station.

If you have a story idea, please email Hannah at holiveto@wccbcharlotte.com and follow her on Twitter @HannahOliveto.

Got Game: What Is The Panthers Biggest Need Entering The Offseason?

The Carolina Panthers season is over after a 41-17 loss to the Tampa Bay Buccaneers on Sunday.

Got Game: What Would You Give The Panthers For Christmas?

The Panthers lost to the Buffalo Bills 31-14.

Shelby Prepares For 2A State Championship

Shelby is taking on Wallace-Rose Hill in the 2A state championship game in Raleigh on Saturday.

Got Game: Did Matt Rhule Make The Right Call By Firing Joe Brady?

Marshall scored 28 straight points to break open a 14-14 game on its way to a 49-28 victory over Charlotte in Conference USA action Saturday before a crowd of 13,211 at Jerry Richardson Stadium.

Got Game: Will Cam Newton Save The Panthers Season?

The Carolina Panthers are coming off a big win in Arizona beating the Cardinals 34-10 on Sunday.

In what turned out to be a high-scoring battle, Louisiana Tech upended Charlotte, 42-32, in Conference USA action, Saturday afternoon.

Jayson Tatum scored a season-high 41 points, Jaylen Brown added 30 points including an emphatic dunk in overtime and the Boston Celtics handed the Charlotte Hornets their first loss of the season Monday night 140-129.

Got Game: Panthers Start Season 2-0 After Win Over Saints

Sam Darnold threw for 305 yards and two touchdowns, and the Carolina defense turned in another strong performance in a 26-7 win over the New Orleans Saints on Sunday.

Got Game: Is Sam Darnold Ready For The Season?

Sam Darnold and the other Panthers starters played in the first half of their preseason game against the Pittsburgh Steelers.